The Weirdos are an American punk rock band from Los Angeles, California. They formed in 1975, split-up in 1981, re-grouped in 1986 and have remained semi-active ever since. Critic Mark Deming calls them “quite simply, one of the best and brightest American bands of punk’s first wave.” (Wikipedia) 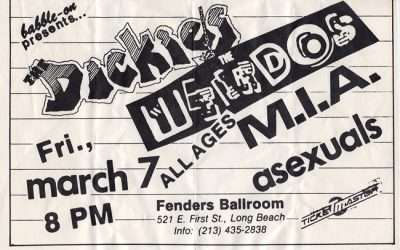