The Exploited are a Scottish punk rock band from Edinburgh, formed in 1979 by Stevie Ross and Terry Buchan, with Buchan soon replaced by his brother Wattie Buchan. They signed to Secret Records in March 1981, and their debut EP, Army Life, and debut album, Punks Not Dead, were both released that year. (Wikipedia) 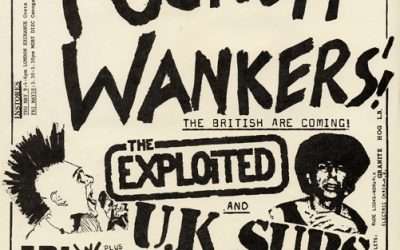 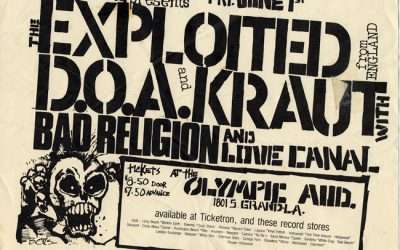 The Exploited, D.O.A., Kraut, Bad Religion, and Love Canal at the Olympic Auditorium in Los Angeles, CA on June 1, 1984