Broken Bones are an English hardcore punk band, originally founded in 1983 by Anthony “Bones” Roberts, than later recruited his brother Terence “Tezz” Roberts. They evolved from the band Discharge, and later moved into a style known as crossover. They have released eight albums, three EPs and a number of singles. (Wikipedia) 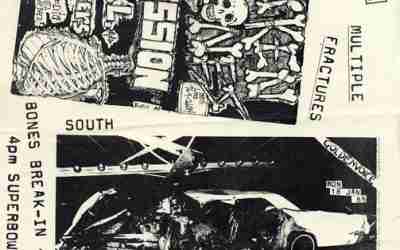